You are here:
Food & DrinksRecipes 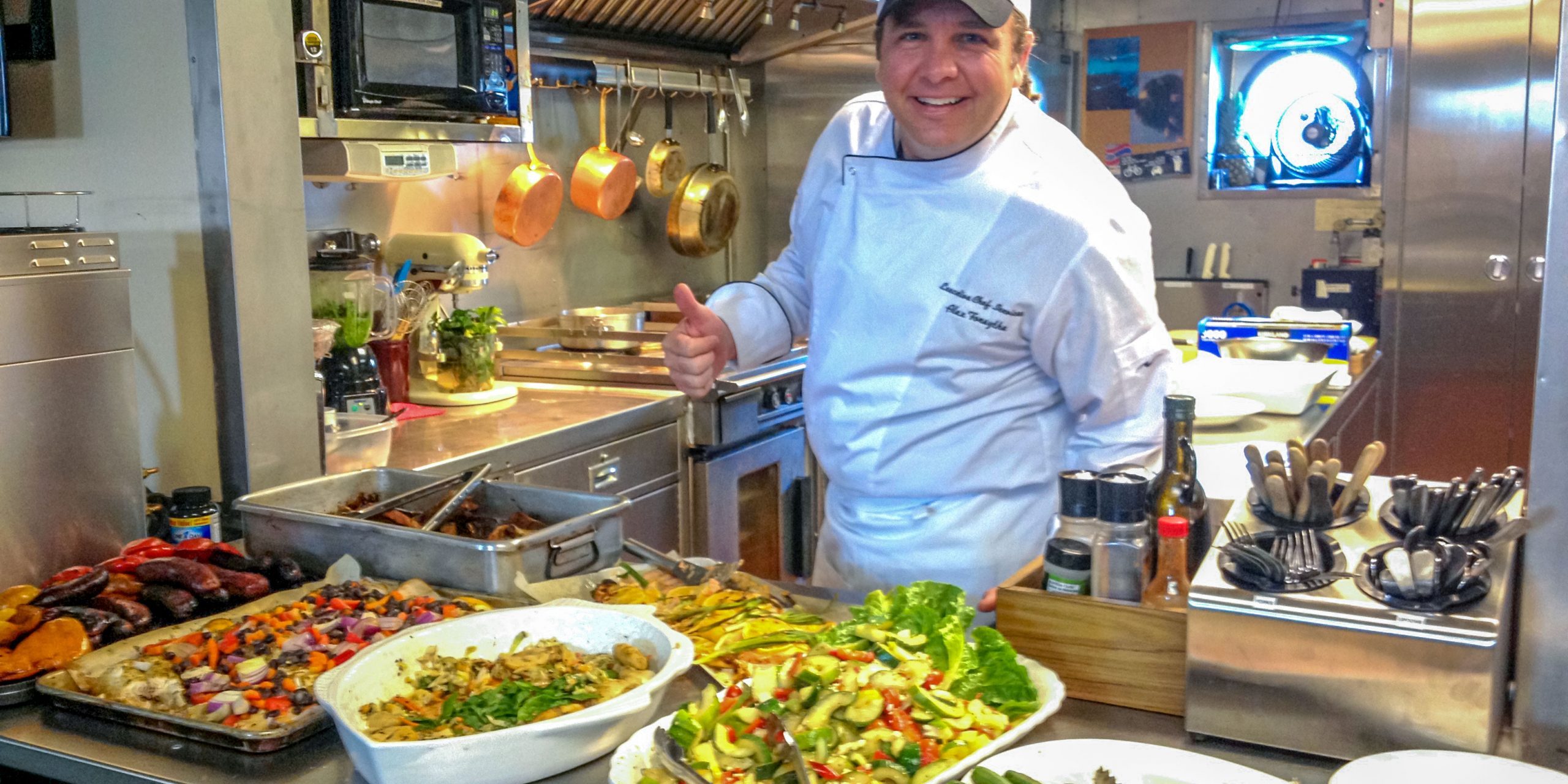 Every crew member on board a research vessel plays an important role, many behind the scenes.

But one role that is more visible than others is the cook.

The galley is the place where scientists can take a break from work, have a meal or snack, and unwind.

Alex Forsythe of Tulsa, Oklahoma, is a chef who spends his time on board various vessels as part of the Louisiana Universities Marine Consortium chef pool that works one month on, one month off.

He also served as chef on the Point Sur research vessel that recently was purchased by the University of Southern Mississippi.

He prepared meals for the Point Sur’s crew and visitors during its journey from Monterey, California, to Gulfport, including a few days in March when a group from Southern Miss journeyed through the Panama Canal aboard the vessel.

Forsythe, who started his culinary career in 1997, said food has been part of his life for quite some time since his grandfather had been in the restaurant business.

So Forsythe sees cooking for a large group as a fun way to challenge himself.

“It’s a demanding job,” he said “You have to have a lot of energy.”

Forsythe said whether he is cooking for scientists conducting research at sea or working as a private chef on a yacht, what he prepares can make a difference.

“It really is all about the food at that level,” he said. “Food is a focal point. What they remember is the food and the weather. I really try to make sure they are taken care of.”

He said he has been a chef with LUMCON since 2005, and has prepared meals for scientists from all over the world.

Forsythe won an award for the best grub in fleet, and is known for his healthy salads and meals featuring surf and turf.

“(Being a chef) comes with a nurturing side of things,” he said. “We do a lot to take care of our people.”

He said he often waits until close to scheduled meal times to see what he can whip up at the last minute.

“Being on time is important with science groups,” Forsythe said. “They’re on a 24-hour run cycle. Punctuality is important.”

“A good research vessel always feels bigger than it really is,” said Graham, who also is interim director of Southern Miss’ Gulf Coast Research Lab. “You do want to take care of people — feeding people, treating them well when it comes to eating.”

Side of salmon (fillets can be substituted)

Combine ingredients in a squirt-top bottle for “drizzling with panache.”

The Snake River Kobe Delmontico was our specialty meal of the trip, which showcased Snake River Kobe beef teamed with Panamanian fresh tamarind. This was teamed with sweet corn and grilled asparagus. We hope to cater the best in Southern hospitality and delicious cuisine while boasting we are always on time. Varied international and well-balanced cuisine is my passion as a chef. I love telling the stories of my adventures at sea. Delve further into Point Sur cuisine on Facebook. My book, which is in the works, is called “Streamlined Cuisine,” and revisits past, present and future food.

Everything Under the Sun: Solar Cooking
September 3, 2020